Based on the legend of Don Juan, Mozart’s comedy tells the tale of the promiscuous and arrogant young nobleman, Don Giovanni, who has seduced and abandoned innumerable women throughout Europe. When he kills the Commendatore, father of Donna Anna, he has taken a step too far but, incorrigible, he continues his libidinous exploits. Soon, those he has wronged close in on him, leading to his inevitable and dramatic downfall with the Commendatore concluding the fight for his daughter’s honour from beyond the grave. 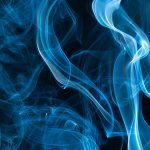