For 47 years, Dorset Opera has been successfully introducing opera to youngsters of all ages, through what has been termed ‘The world’s foremost residential opera summer school’.

We bring together soloists of international repute, a full professional orchestra, highly-acclaimed conductors and directors, with a mostly amateur chorus, technical crew and wardrobe department, for our annual summer school and production.

Our plans for 2021 are not yet concrete – because of Covid we may not be able to run a summer school this year.  However, you are still welcome to register your interest here and we will be in touch as soon as possible, circumstances allowing.

‘The world’s foremost residential opera summer school’ – sing in our chorus or join our technical or wardrobe teams. 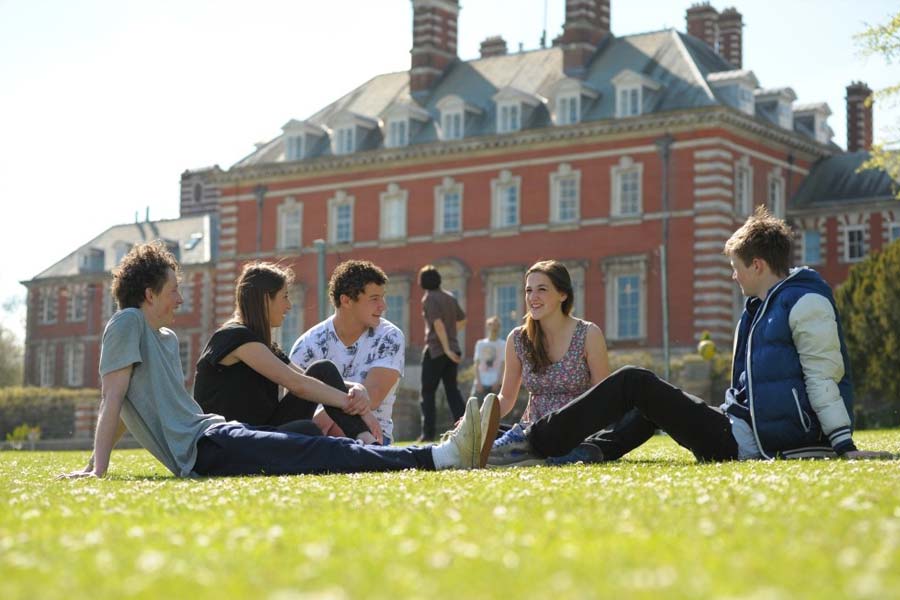 If you would like to be a chorus member…

Our chorus usually numbers between 70 and 85 people, ranging in age from 16 to 70. The majority of our participants are under 25 years of age. We encourage singers to join us from across the globe. Over the past few years we have welcomed participants from Australia, Austria, Belgium, Canada, France, Germany, Ireland, Italy, Malaysia, Malta, Mexico, the Netherlands, Norway, Oman, the Philippines, Singapore, Spain, Switzerland, the USA and from the United Kingdom of course.

During the Course you will be encouraged and helped by the members of our Artistic Team under the watchful eye of Artistic Director Roderick Kennedy who has a long association with Dorset Opera, having sung principal bass rôles in a quarter of our productions over the last 45 years. He has appeared in over 500 performances at the Royal Opera House, Covent Garden, and manages to run the Dorset Opera Festival alongside his international singing career.

Music Director Jeremy Carnall spent several years as First Kapellmeister at the opera house of St Gallen in Switzerland then in the same post with the renowned Leipzig Gewandhaus Orchestra. 2021 will be his fourteenth season with Dorset Opera.

IF YOU’D LIKE TO JOIN US, GET IN TOUCH

If you would like to be a member of the technical team, the stage crew or wardrobe…

The ‘Backstage’ elements of the Course include a certain amount of set construction and painting, prop-making, assisting the professional lighting designer or stage management team, costume making and crewing. This will be of particular relevance to those who may be interested in (or students seeking to gain experience in) all aspects of technical theatre. You will be given guidance and instruction by our experienced Technical Director, his assistant, the Set Designer, the Lighting Designer, the Costume Designer and Wardrobe Interpreter, the Stage Managers and their teams. Students from several music and drama colleges will be joining us and opportunities exist in all technical areas mentioned above.

The opportunities we provide for members of the amateur stage crew to develop their skills will be just as rewarding. If you are interested in developing the technical skills you may have learnt backstage earlier – possibly in amateur or in school productions, or should you wish to join the wardrobe, please get in touch via our contact page.

We will as always be recruiting hard for our 2020 productions so if you want to be sure of getting a place do contact us.

IF YOU’D LIKE TO JOIN US, GET IN TOUCH 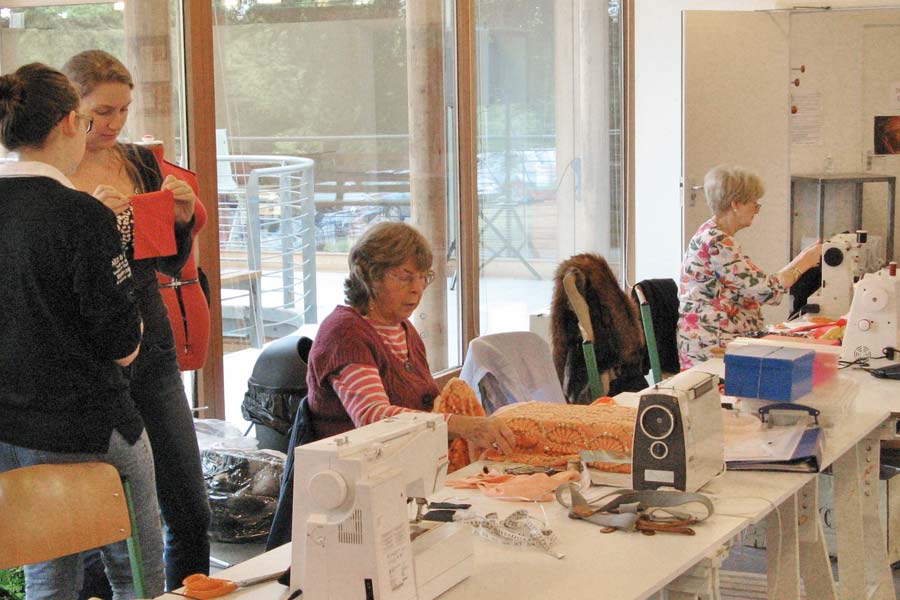 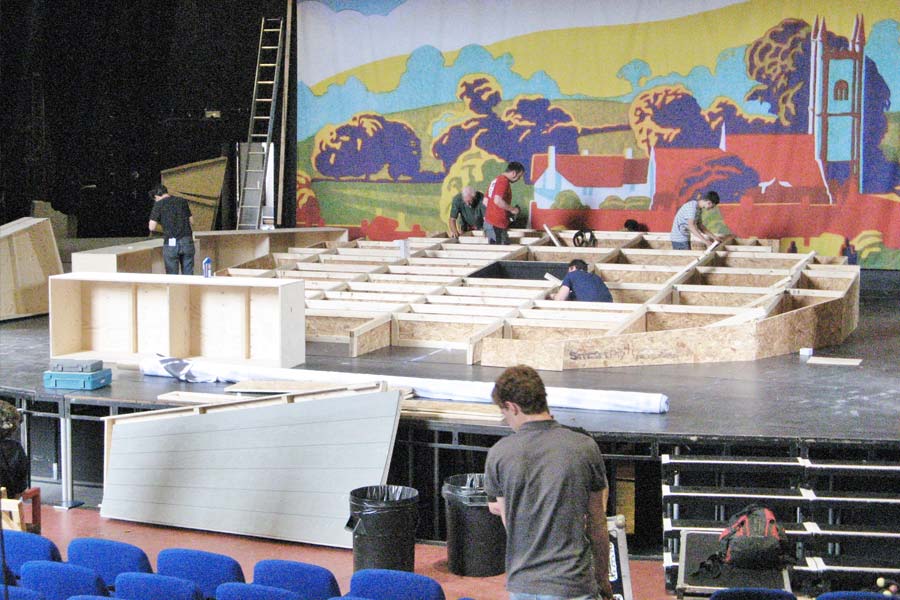 Check in is at 12:30 on arrival day. You should have time to settle into your accommodation on arrival. After lunch, there will be a Meet & Greet session where you will be welcomed to the Dorset Opera Summer School and Festival. This is followed by a workshop on stagecraft, spacial awareness and acting techniques.  There is an enormous amount of work to do so the first chorus music call takes place that evening, after dinner.

The principals and stage crew generally arrive earlier. The main elements of the set will be erected in time for stage rehearsals to take place. There is still plenty for the crew to do in the eleven days before the first of the dress rehearsals!

The general work pattern (subject to some changes nearer the time) is one of intensive rehearsals starting at about 10.00am each day. Rehearsals continue throughout the day, interspersed with mid-morning coffee break, lunch, afternoon tea and supper. There will usually be a requirement for further rehearsals after supper – after which there will be an opportunity to relax with some well earned refreshment!

Members of the production staff are all professionals. However, you will also find a considerable number of volunteers are involved in the Dorset Opera Festival itself. The 20 or so ladies of the wardrobe will have been working on the costumes for some months before you arrive, but

ensuring that the 175 (or more) costumes all fit the 80-100 plus chorus and principals will require expert and rapid last-minute needlework. In 2015 there were a total of 1,300 individual costume items. Other volunteers are available to provide any assistance that may be required, and this is centred on the Dorset Opera Festival office where the company manager and her assistants can be found. There is wi-fi internet access on campus.

Chorus rehearsals are under the guidance of the Chorus Master and his assistant, with help from specialist language coaches. After the initial music calls, production and blocking rehearsals for the principals start immediately. The chorus will join the production rehearsals from the second full day. Directors prefer to hone their work in the rehearsal room, only moving into the theatre for piano dress rehearsals towards the end of the first week. The orchestral runs and dress rehearsals follow – then two opening nights. Altogether you will take part in three performances of each of the two operas, including a matinee for each. 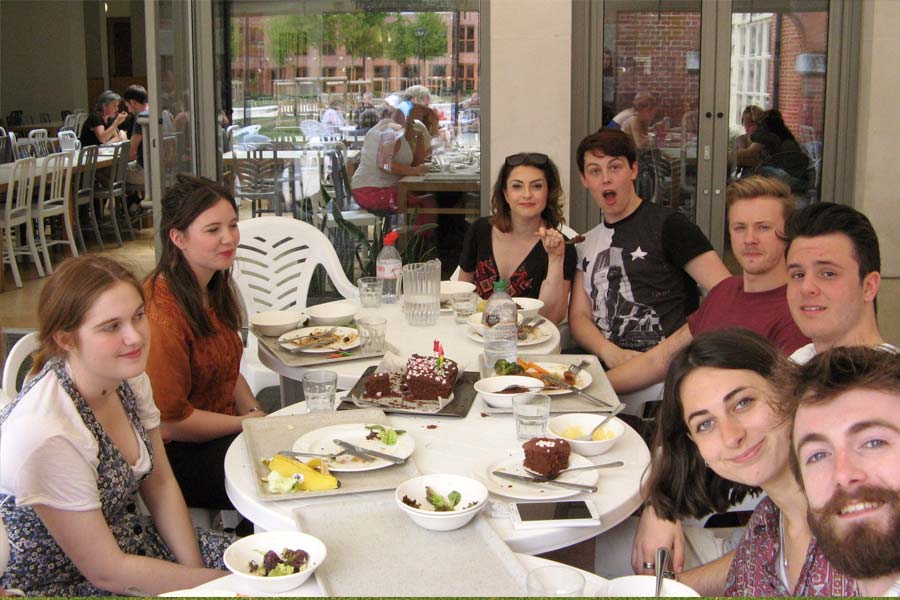 Interspersed with this intensive sequence of rehearsals there are also, of course, a number of planned social events. Depending on the weather and the schedule, we always find time for a mid-course party (fancy dress is de rigueur) and there is an opportunity for members of the company to demonstrate their musical, acting and comedy talents in the annual showcase night.

The performance week offers yet more opportunities for participants including masterclasses with some of our renowned soloists, language workshops, an introduction to Alexander Technique, a wig & make-up masterclass, ‘Fight Club’ (an introduction to stage fighting techniques) and auditions for those members of the chorus who would like to sing to our artistic director, conductors and chorus master.

With two performances on the final Saturday followed by the last-night party, everyone is utterly exhausted but contented. For the technical teams the get-out is immediately after the final curtain and all day on the Sunday. For others, it’s sad goodbyes to new-found friends with promises to keep in touch and ‘See you next year…!’ A superb end to what for all has been a hard-working and exhilarating 17 days.

It appears that staying in touch via Twitter and Facebook and other social-networking sites, takes up the rest of the year! 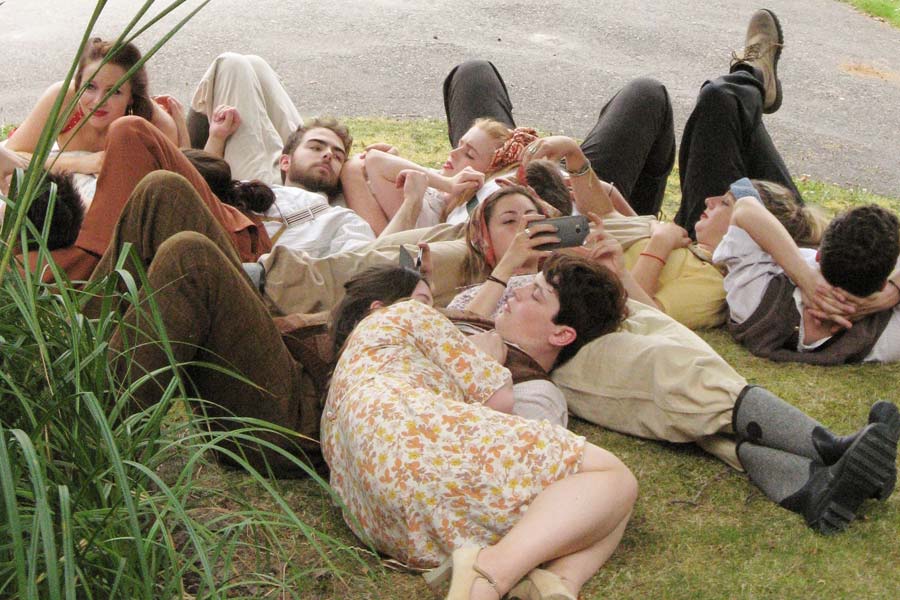 Whatever your age, but especially if you have experience of singing and are aged between 18 and 25 (special arrangements exist for 16 & 17 year olds), if you would like to join us please get in touch via our Contact Page.

We do not charge a course fee but ask you for a contribution towards the cost of your full board accommodation for 17 days, as well as music and costume hire.

We are constantly told that what we provide for our participants is easily the most generous gift of any British summer school – indeed many weekend courses charge a similar or greater amount.

Your financial contribution towards the Summer School accommodation will be advised. Please register your interest now to be contacted.

The accommodation contribution for the Technical Course is:

It is recommended that all Technical Students stay on campus.

Application forms (available to download on the Forms & Downloads Page) must be completed and submitted before 31 May. Preference will be given to first-time attendees.

We do appreciate that for some young people, particularly those about to enter, or who are at, university, the demands on their finances are heavy. We have a limited number of bursaries, details of which are available on request. Some proof of the financial position of applicants will be required, and information will be sought from schools and parents as appropriate.

The Dorset Opera Festival’s annual opera summer school represents extraordinary value for money – a view shared by most of our participants, many of whom return year after year.

We very much look forward to hearing from you.