Nabucco is Verdi’s third opera and the one that cemented his reputation as a composer. Brimming with unforgettable arias and rousing choruses, none is more famous than Va, pensiero..! better known to English-speaking audiences as the ‘Chorus of the Hebrew Slaves’. The opera tells the story of how Babylonian King, Nabucco (Nebuchadnezzar II), is manipulated by his adopted daughter, Abigaille (one of the most challenging and punishing roles in all opera. His real daughter, Fenena, is being held hostage by the Israelites and this being opera, we have the obligatory love triangle; Nabucco’s temporary madness after being struck by lightning and, Abigaille’s discovery of her status and subsequent elevation to the throne. Alone, near the end of the opera, Nabucco reflects on his life and, in a final attempt to purge his sins, he decides to pray to Jehovah, God of the Hebrews, whereupon his sanity is miraculously restored. He leads his armies to save Fenena and frees the Israelites. The opera ends with Abigaille taking poison and praying to Jehovah for forgiveness as she expires. 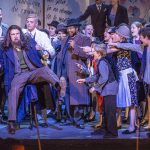 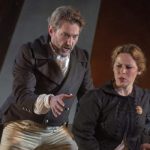