A diary of all the dates in the Dorset Opera year including the Festival dates, smaller opera events, lunch lectures and social events.

19 May | Bluffers’ Lunch No.53
The True Embodiment – Law, Lawyers and Opera. Lawyer and mezzo-soprano, Charlotte Collier, is supremely qualified to speak on opera and the law. She embodies both elements. Singing has taken her to venues nationally and internationally. The law has been less glamorous – the venues are usually the local family court!  A 75-minute lecture illustrated with audio-visual clips on the big screen in Slepe Green Barn before we head over into the house for a delicious 2-course lunch with a glass of wine. Back to the barn for a Q&A session over coffee. £30 per person.

11 June | The Mad Hatter’s Platinum Ritzy Tea Party | 15:30-18:00  GET TICKETS
This year’s Ritzy Tea Party is held at the kind invitation of milliner to the glitterati, Cozmo Jenks, at her home near Stoke Wake on the side of Bulbarrow. After a welcoming drink of bubbly, there will be mountains of mouth-watering food including sandwiches, scones, clotted cream and preserves, cakes and gateaux followed by strawberries and cream, all washed down with oodles of tea or coffee.  Cozmo has offered to open her studio so that we can have a look at some of her fabulous creations and, as usual, there will be a raffle – all aimed at having fun with good friends whilst raising a few extra funds to assist with providing bursaries for some of this year’s young festival participants. Venue: Near Stoke Wake, about 7 miles west of Blandford Forum. The exact address and directions will be included with your tickets. £40 per person.

23 June | Bluffers’ Lunch No.54  GET TICKETS
All you need to know about this season’s operas. Making his keenly-awaited pilgrimage to Dorset, superstar dramaturg and specialist opera tour guide, Simon Rees, takes us on a humour and fact-fuelled romp through the backgrounds to this season’s Dorset Opera Festival operas, Mozart’s The Magic Flute and Puccini’s Manon Lescaut. A 75-minute lecture illustrated with audio-visual clips on the big screen in Slepe Green Barn before we head over into the house for a delicious 2-course lunch with a glass of wine. Back to the barn for a Q&A session over coffee. £30 per person. Vaccinated visitors only.

30 June | An Evening with Lord and Lady Fellowes | 19:00-21:00 GET TICKETS
Lord and Lady Julian Fellowes invite you to join them in their summer marquee at their home near Dorchester for a Champagne reception with exquisite canapés and operatic entertainment.  This is a black-tie event. Numbers are strictly limited. Priority booking is now open for Patrons and Friends of Dorset Opera. General booking from 1st June. £75 per person. The exact address will be included with your tickets. Please address enquiries to info@dorsetopera.com.

13th July | The move to Bryanston
Dorset Opera ups sticks and moves lock, stock and barrel to Bryanston as artists and choristers from around the world gather to take part in the Summer School element and rehearsals of this year’s Dorset Opera Festival.

21st July | Patrons’ Lunch | Register to attend
Patrons of Dorset Opera are invited to join us at Bryanston to see how your 2022 operas are progressing. Arrive at Bryanston’s Music School foyer for morning coffee and pastries at 11:00. You will meet members of both the Dorset Opera board and our production and technical teams. Follow this with visits to the wardrobe and props departments, the chorus rehearsal room and possibly to the theatre to see part of the morning’s stage rehearsal. Lunch is at 13:00 at which you’ll be joined by some of our artists and musicians. At 14:30, we return to the theatre, where the orchestra will be tuning up, to watch part of the afternoon’s stage and orchestra rehearsal. Please email Patrons’ secretary, Elspeth Brown, at elsp21@gmail.com to let her know you wish to attend and to remind us of any special dietary requirements. This event is for Patrons only and is limited to the first 80 who respond.

25-30 July | DORSET OPERA FESTIVAL 2022 | The Coade Theatre, Bryanston | GO TO THE BOX OFFICE
Festival week. Eight opera performances in the Coade Theatre and a recital in the Elder Hall. The grounds are open 2 hours before each performance, and intervals last 45 minutes, for picnicking. Picnic hampers to pre-order – or bring your own. Formal dinner in Bryanston House on Friday and Saturday. Purbeck ice cream available in the theatre foyer. Pol Roger Champagne, Pimms and a range of alcoholic and soft drinks and snacks available from the bar in the large marquee. Picnicking on the lawns | reserved seating in the large marquee | individual picnic tents for hire.

11th August | Volunteers’ Summer Party | Register to attend (invited volunteers only)
This year’s Volunteers’ Party is, once again, held at the kind invitation of our Chairman, Garry Batt, and his wife Louise at their idyllic farm in Sydling St Nicholas. This is a not-to-be-missed, special ‘thank you’ to our incredible volunteers, without whom the Dorset Opera Festival simply could not take place. By invitation only.

18th August | Floating Fireworks Fiesta | 17:45 – 22:30 | GET TICKETS – booking opening soon
Our summer evening boat trip, celebrating the conclusion of the summer festival, is always hugely popular. It is all aboard at Poole Quay before we merrily take a return voyage round the beautiful Studland coastline to Swanage, enjoying delicious fish and chips on the way.  We will be back in Poole Harbour in time to take up a prime position, moored offshore, from where to watch the superb summer fireworks display. There is no musical entertainment at this event.  Seafarers should be on board in good time to sail at 6 pm and we will return to shore at about 10.30 pm.

15th September | Celebrity Lunch with John Fisher | 12:00-15:00
John Fisher has had a glittering career. He has been head of music at La Scala, Milan (under Claudio Abbado), artistic director of La Fenice in Venice, head of A&R at Deutsche Grammophon, head of music administration at the New York Metropolitan Opera, artistic director of Welsh National Opera and, in a second stint at the Met, he was Assistant General Manager. Now in semi-retirement, he’s busier than ever with a new post. John is fluent in Italian, German, French and Dutch! He is an expert répétiteur and continuo player and has appeared on and conducted several prestigious recordings. There is no one on the international opera circuit that he doesn’t know or whose phone number isn’t in his little black book. Join us to meet John, enjoy a delicious lunch together and hear all about his fascinating life. This Celebrity Lunch will be held at the exclusive Isle of Purbeck Golf Club from where you will discover breath-taking views of Dorset laid out before you – looking over Poole Harbour, Brownsea Island and out across the Solent to the Isle of Wight Venue: Isle of Purbeck Golf Club, Corfe Road, Studland, Swanage BH19 3AB.  Dress code: Smart casual Tickets: £75 per person which includes a welcome drink and a 3-course lunch with a glass of wine.  You will be sent the menu and asked to make your choices ahead of the event. Numbers are limited – book early to avoid disappointment!

6th October | Bluffers’ Lunch No.55  GET TICKETS
In Praise of the Soprano! Opera aficionado Nigel Beale presents his second in a series in which he explores each of the operatic voice types; this time, the magnificent soprano. Nigel was president of the Beales group – he is the grandson of John Elmes Beale who founded the store in Bournemouth in 1881 – and was the chairman of the Bournemouth Symphony Orchestra for 22 years.  A 75-minute lecture illustrated with audio-visual clips on the big screen in Slepe Green Barn before we head over into the house for a delicious 2-course lunch with a glass of wine. Back to the barn for a Q&A session over coffee. £30 per person. Vaccinated visitors only.

10th November | Bluffers’ Lunch No.56  GET TICKETS
Opera & Food! There are many associations between opera and food, from the pop of champagne corks accompanying the smoked salmon nibbles at summer opera festivals, through the food inspired or created by singers and composers, to some of the less well-known operas containing memorable food incidents or even vegetables that come to life. Dorset Opera company manager, Caroline D’Cruz, takes us on a gastronomic journey…   A 75-minute lecture illustrated with audio-visual clips on the big screen in Slepe Green Barn before we head over into the house for a delicious 2-course lunch with a glass of wine. Back to the barn for a lively Q&A session over coffee. £30 per person. Vaccinated visitors only.

8th December | Bluffers’ Lunch No.57  GET TICKETS
Diegesis in opera – what is it and why does it matter?  Seymour Adams steps down from the lighting box (from which he controls Dorset Opera Festival’s surtitles during performances) and shares his thoughts on an under-researched but important aspect of the way the drama is structured in some of the operas we have recently staged. As a civil servant, Seymour worked for many years on Freedom of Information and Human Rights and was subsequently a director of Croydon Hospital. He now devotes himself to music as a clarinettist and conductor.  A 75-minute lecture illustrated with audio-visual clips on the big screen in Slepe Green Barn before we head over into the house for a delicious 2-course lunch with a glass of wine. Back to the barn for a lively Q&A session over coffee. £30 per person. Vaccinated visitors only.

9th December | Patrons’ Seasonal Drinks Party
Details will follow. This event is for Patrons of Dorset Opera only and is limited to 70 people. 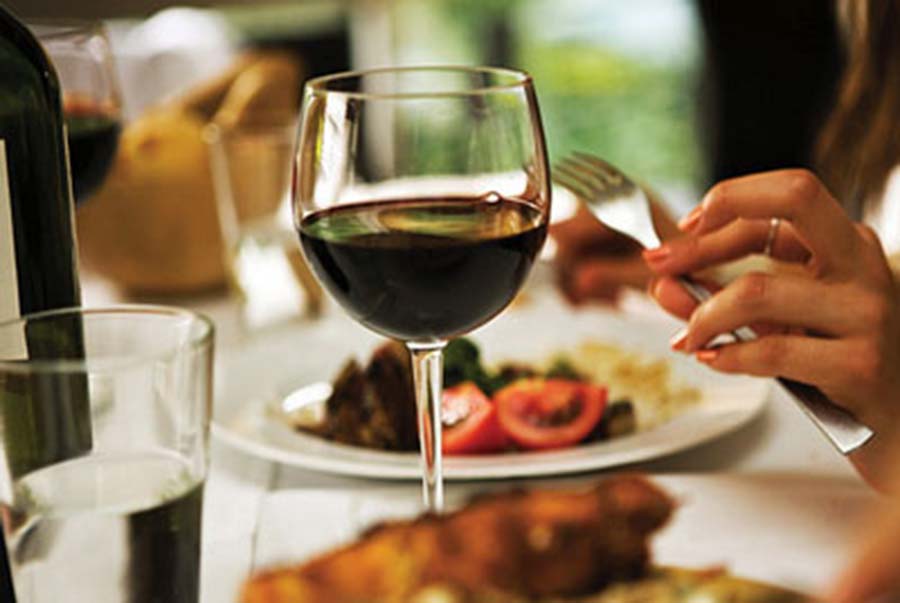 Bluffers’ Lunches are hosted by Dorset Opera Patrons, Susannah and Bruce Selby Bennett at picturesque Slepe Green Barn, Slepe, Poole BH16 6HS (on the A35). Arrive at 11:45 for welcome coffee, then off to the Barn for a 75-minute lecture followed by a delicious 2-course lunch accompanied by a glass of wine. After lunch, return to the Barn for more coffee and a question and answer session. Lunches normally finish around 15:30. Vaccinated visitors only.