A concert in the Mozart orchestration

Galatea is a semi-divine nymph living in pastoral idyl in a forest near Mount Etna. She is in love with Acis, a handsome shepherd who is equally enamoured. They are separated and long for each other but their happiness is threatened by the monstrous giant, Polyphemus, who is jealously in love with Galatea. Warned by Acis’s friend, Damon, that the joys of love are fleeting, Acis and Galatea ignore the dangers and promise eternal fidelity to each other. Polyphemus is humiliated by Galatea’s rejection and murders Acis in a rage. Bereft, Galatea summons her divine powers and immortalises Acis.

Composed by Handel, the piece was revised by Mozart in 1788. 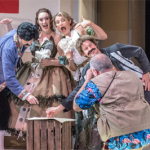 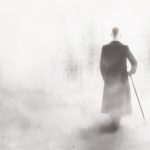